Extensive areas of Tussock Grasslands have been cleared and replaced by exotic pasture species. Most other areas have been modified by grazing, weed invasion and land management practices associated with grazing domestic stock (e.g. frequent fire and the application of fertilisers). 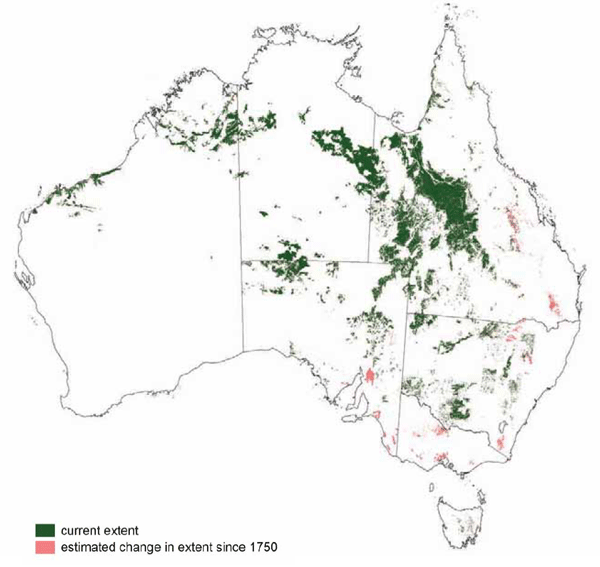