These shrublands have been extensively cleared in the agricultural regions and in coastal areas adjoining major cities. In the arid zone, little has been cleared but many areas have been impacted by grazing pressure from domestic stock, feral animals and macropods. 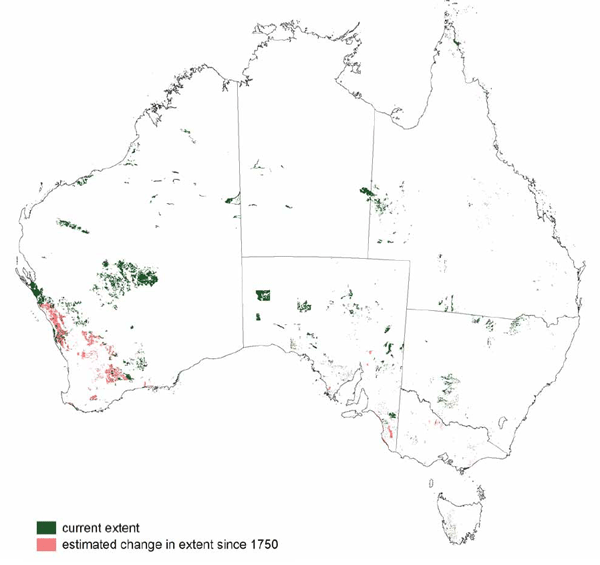