Many of these communities are intact because they occur on extreme sites. Changes tend to be related to the effects of different hydrological conditions, changes to fire regimes, impacts from feral animals and localised development. 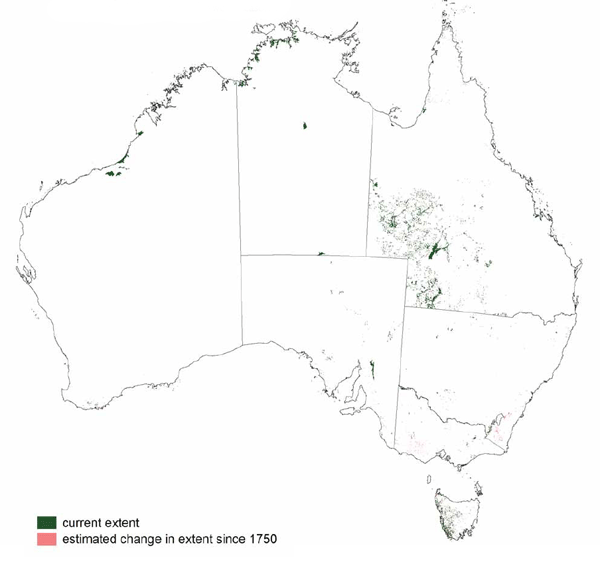