Other Forests and Woodlands


In many coastal areas this group has been extensively cleared for agriculture or urban uses. Extensive areas remain in the arid zone, often modified by grazing pressure from domestic stock, feral animals and macropods. 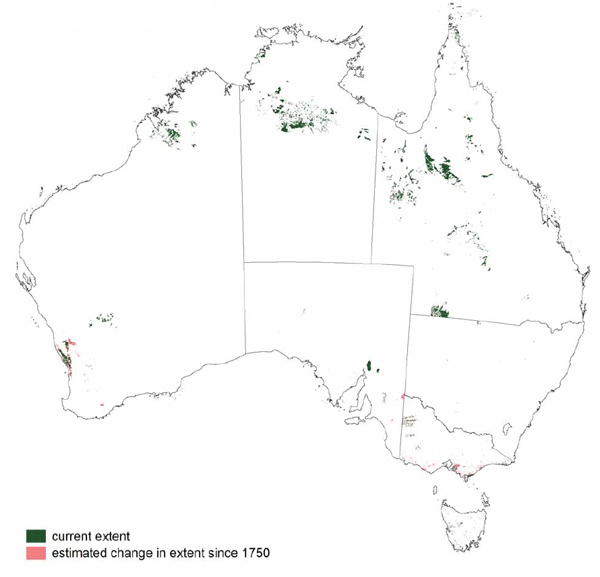