Little of the Hummock Grasslands have been cleared but many areas have been modified by grazing pressure from domestic stock, feral animals and macropods. 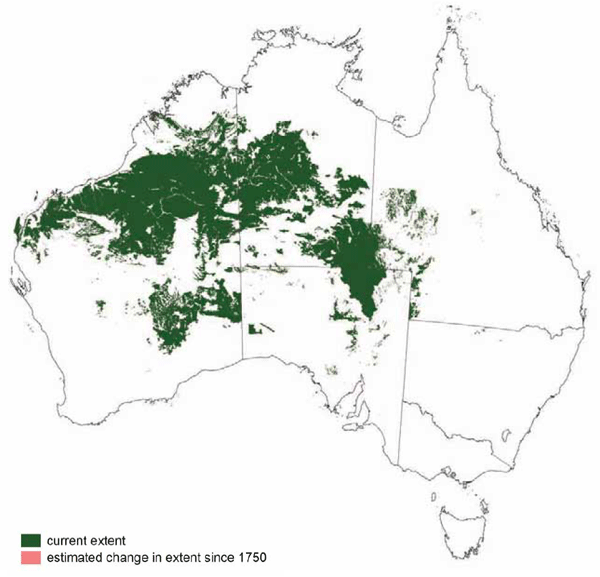