Eucalypt Woodlands are the most extensively cleared and modified vegetation, particularly in the agricultural zones of eastern Australia and in the south-west of Western Australia. In many regions only small isolated fragments remain, often only along creeks, road verges and rocky outcrops. 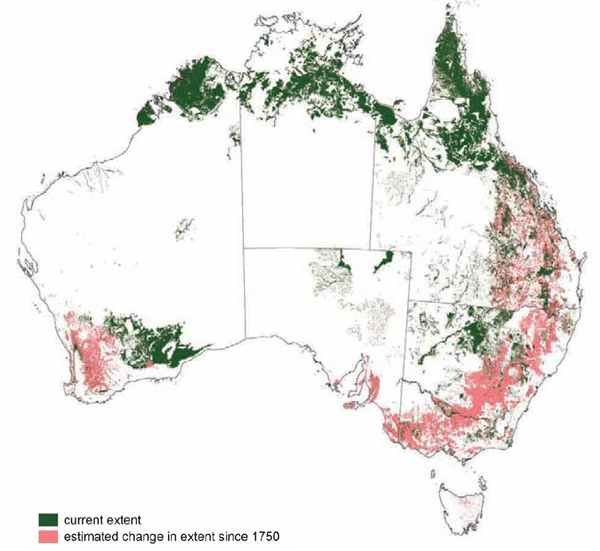