Mostly found adjacent to, or in association with, rainforest communities. Extensive areas of this MVG were cleared for agriculture and grazing in the nineteenth and early twentieth centuries, particularly where they occurred on flatter land in areas associated with better agricultural soils. Major areas remain today in crown reserves as national parks or state forests. 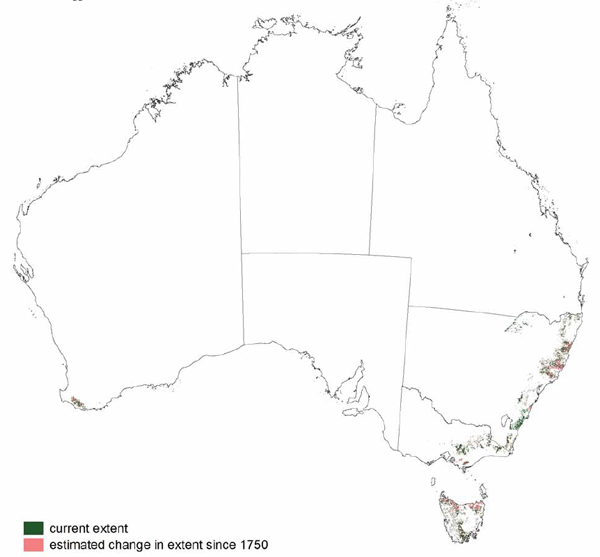