Some areas have been cleared in southern Australia for cereal cropping and grazing. In the northern parts of Australia, Eucalypt Open Woodlands have been modified by pastoral activities, changed fire regimes and weed invasion. 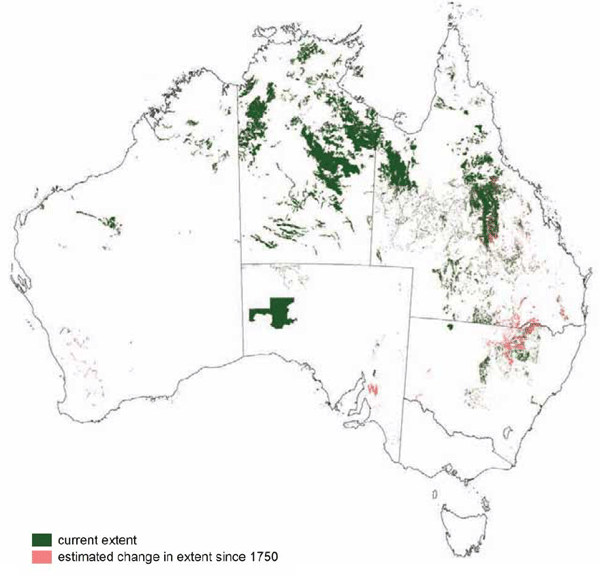