Clearing for grazing and agriculture in the major agricultural zones of eastern Australia and the south-west of Western Australia has been widespread. The rate of clearing of this MVG by the early twentieth century saw the development of crown reserves for their protection, either as national parks or as production forests, and the establishment of forestry departments. 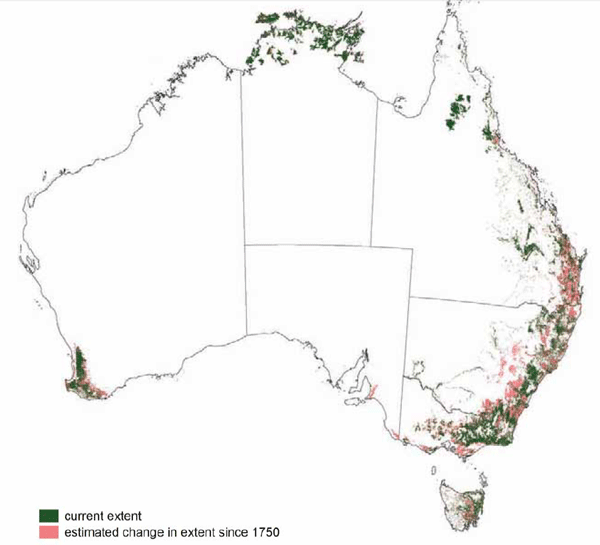