Generally these communities have remained intact since European settlement. In some cases the communities have increased in extent because of increased salinity and waterlogging. Foremost among threats for coastal occurrences are infilling for urban areas, changes to tidal regimes and isolation from the estuary by roads and infrastructure. 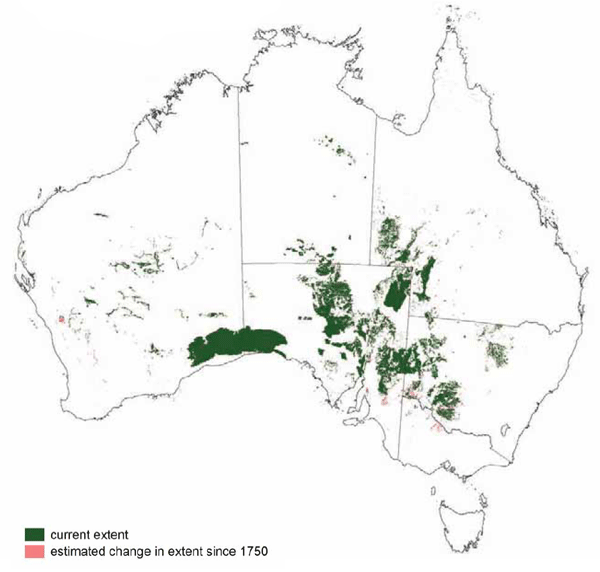