Little of this group has been cleared outside the major agricultural zones. Significant areas of the Acacia Shrublands have been modified by grazing from domestic stock and ferals, introduction of exotic weeds (e.g. buffel grass) and from altered fire regimes. 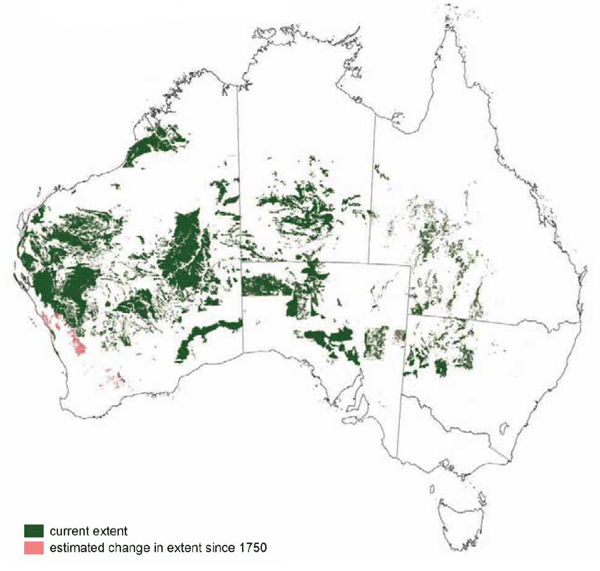