The mulga and brigalow communities of eastern Australia have been extensively cleared for grazing and agriculture. Mulga communities in the arid interior have not been cleared to the same degree. Many areas have been modified by the grazing of cattle/sheep and feral animals, and increased macropod populations supported by access to water from bores. 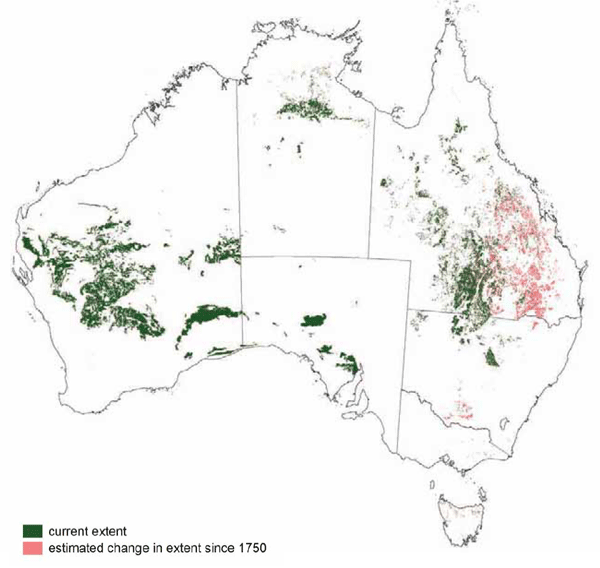