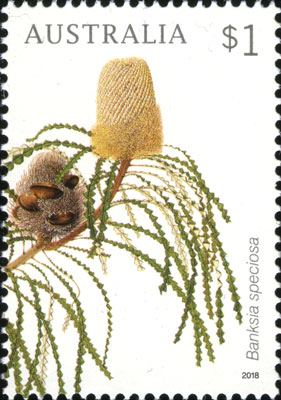 Named from the Latin 'speciosus' meaning 'showy'.
It is a much-branched shrub to 8 m without a lignotuber. In cultivation it is a large, showy,
fast-growing shrub with cream to pale yellow flowers. It grows well in deep sandy soil or
heavier soil if well drained..
Distribution: Western Australia, along south coast from East Mt Barren to Israelite Bay..