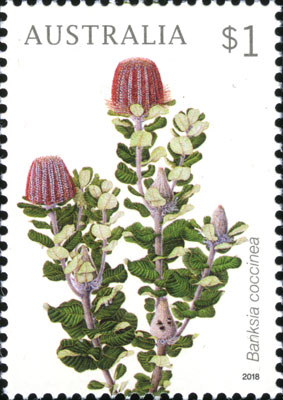 Named by botanist Robert Brown from the Latin 'coccineus' meaning 'scarlet'.
It is a shrub or small tree to 8 m without a lignotuber. It is one of the most attractive
fast-growing species suited to cultivation in cooler climate zones. It prefers deep sand
and flowers best in an open sunny site.
Distribution: Western Australia, from Albany to the Stirling Ranges.