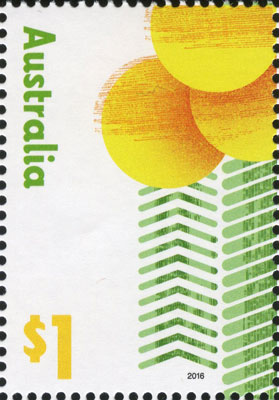 Part of a series of ten 'Love to Celebrate' theme stamps for new postal denominations of $1 and $2.
Only two of the ten had botanical themes .

The genus Acacia, as currrently defined, contains about 1020 species in Australia and about 20 occuring outside Australia. Many species once included in the genus Acacia from the the old and new worlds are now considered to be in different genera.